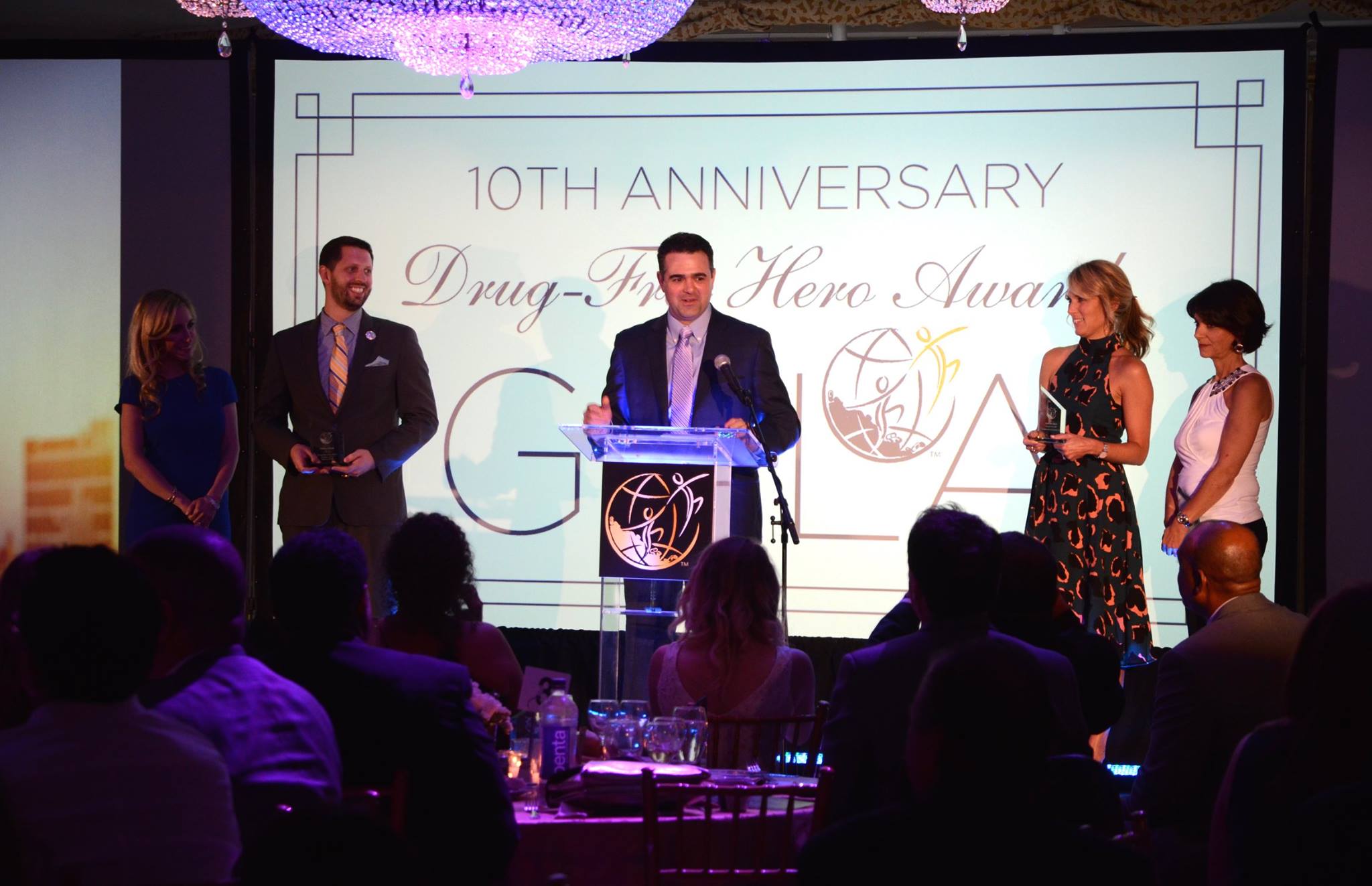 Our very own COO, Darren Tessitore was honored for his volunteer work in the field of Drug Education.  Darren started volunteering in drug education when he was only 17 years old.  Since then he has reached millions of kids around the world with the message of drug prevention.